Every tourist visiting Kiev should go to a performance at the National Opera of Ukraine. I held off for many years, thinking opera and ballet wasn’t my scene. I now regret I didn’t go earlier.

It was a former girlfriend that asked me to go. To be honest I just wanted to keep her happy. I didn’t think I would actually enjoy it.

We met early in the day and went to the box office to purchase our tickets. We asked the lady at the desk for some mid-range tickets and she sold us two on the first balcony for 200 UAH each. We would be watching La Sylphide, a romantic ballet set in Scotland.

I was pretty surprised how cheap the tickets were. I was expecting to pay a small fortune. Tickets for performances at the Royal Opera House in London are around £100 and are pretty hard to come by. Tickets at the National Opera of Ukraine start at 20 UAH (less than a pound).

The show was due to start at 7 pm so we decided to eat nearby. We opted for 7 Fridays but there are plenty of other restaurants in the vicinity (Mafia, True Burger Bar etc.).

After arriving at the theatre we made our way down to the cloakroom. We were directed from one attendant to another before one finally accepted our coats. We hired some binoculars for a small fee before making our way to our seats.

We were seated in a small box in the first circle. It had eight seats; four rows of two. The view was ok but not superb. I had to move my chair a little to get a better view. In hindsight it would have been better to purchase more expensive seats.

I’m no ballet expert, but to my untrained eyes it looked a decent enough performance. The orchestra and sound quality was excellent.

During the interval we made our way to a small counter and purchased coffee. Tea, coffee, and snacks were also available. We then had a quick look around an exhibition of Lladro figurines.

The entire performance lasted and hour and a half, excluding the interval. This was just about right.

In summary, I’d strongly recommend a visit here. Even if you don’t think you’ll like ballet or opera, it’s a cheap way to find out. You may be pleasantly surprised. It’s worth paying for a ticket just to have a look around the building.

The theatre enjoys a good location in Kiev city centre, at the junction of Volodymyrska and Bohdana Khmelnytskoho. The closest Metro station is Zoloti Vorota (Green Line). Teatralna and Universytet, both on the Red Line, are also nearby.

There’s a performance most evenings, usually an opera or ballet. The repertoire is large so there’s something different to see every day. Most start at 7 pm.

We bought our tickets from the onsite ticket office, located at the front of the building. It’s open daily from 11 am. It’s also possible to purchase tickets online from the official website (see information box below).

It’s probably a good idea to buy tickets a day or so in advance. The National Opera of Ukraine can hold around 1300. We visited on a Sunday in January. Despite it being -15 outside, it was pretty much full.

Visit Kiev Ukraine attended a performance at the National Opera of Ukraine in January 2017. Unlike most other Kiev tourism websites we pay for our own entertainment and write completely independent reviews. 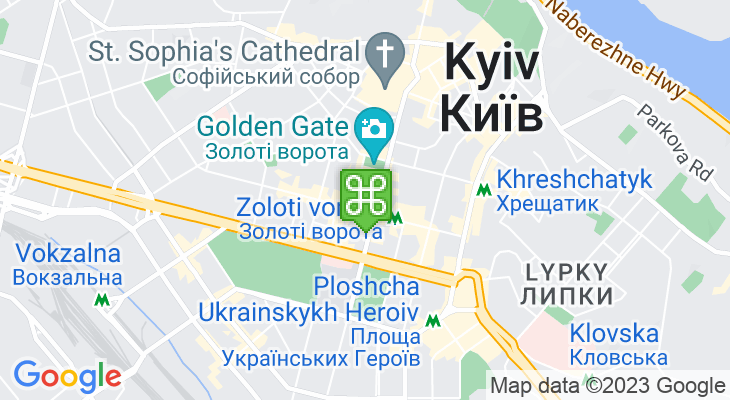 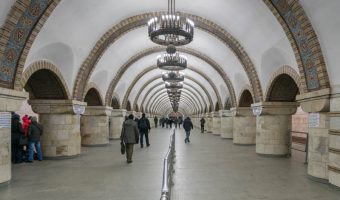