Khreshchatyk Park is one of several charming parks in Kiev city centre. Situated at the northern end of Kiev’s main street, it offers spectacular views of the Dnieper River and the city’s Left Bank.

The park is home to a number of attractions and places of interest. The most prominent is the People’s Friendship Arch (also known as the Friendship of the Nations Arch or Arka Druzhby Narodiv). This giant rainbow-shaped titanium arch was completed in 1982 to commemorate the 60th anniversary of the Soviet Union.

Alongside the arch are two sculptures; one depicting Russian and Ukrainian workers and another portraying the participants of the 1654 Treaty of Pereyaslav.

All three sculptures look destined for the scrapheap. In 2016 the government announced plans to replace them with a monument to the veterans of the conflict in eastern Ukraine.

An amphitheatre to the south of the arch hosts outdoor concerts and other events.

There’s a viewing platform on the eastern side of the park offering excellent views of the river, Trukhaniv Island, and Kiev’s Left Bank.

For an exhilarating experience try SkyPark’s zip-line. The aerial rope slide runs for 600 yards over the Dnieper from Khreshchatyk Park to Trukhaniv Island. Participants can speeds of up of 40 miles per hour.

The Water Information Centre (or Water Museum) lies at the heart of the park. Situated within an old water tower, displays explore the history of water usage and the importance of water. Guided tours in English are available.

The shows at the Kiev Academic Puppet Theatre are extremely popular with local families. It’s at the southern end of the park, close to Dynamo Stadium.

Khreshchatyk Park is one of a series of parks running along the western bank of the Dnieper River.

Taking a walk through the parks is an excellent way to spend a summer’s day.

Khreshchatyk Park is linked to City Garden by Lovers Bridge.

Khreshchatyk Park is located at the northern end of Khreshchatyk. The closest Metro Stations are Khreshchatyk (Red Line) and Maidan Nezalezhnosti (Blue Line). 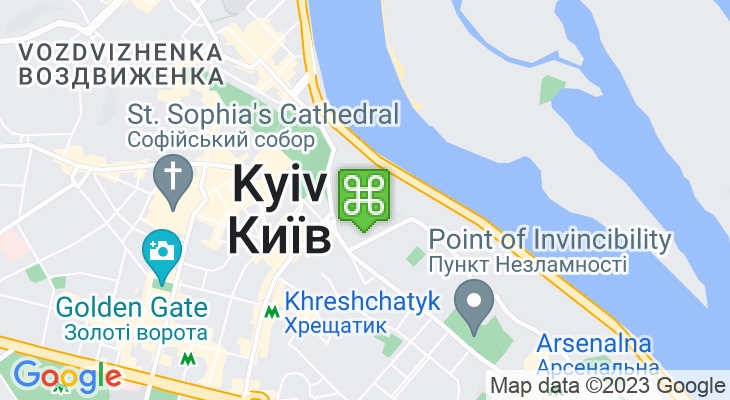 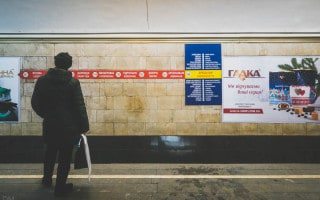