Zoloti Vorota is a city centre Metro station on the Green Line.

It takes its name from the adjacent Golden Gate (Zoloti Vorota), a replica of the 11th century fortified entrance to the city.

There are plenty of restaurants and bars in the surrounding area. Nearby tourist attractions include the National Opera of Ukraine and St Sophia’s Cathedral.

Passengers can transfer to the Red Line by taking the underground walkway to Teatralna Metro Station.

Adjacent stations on the Green Line are Lukianivska and Palats Sportu. 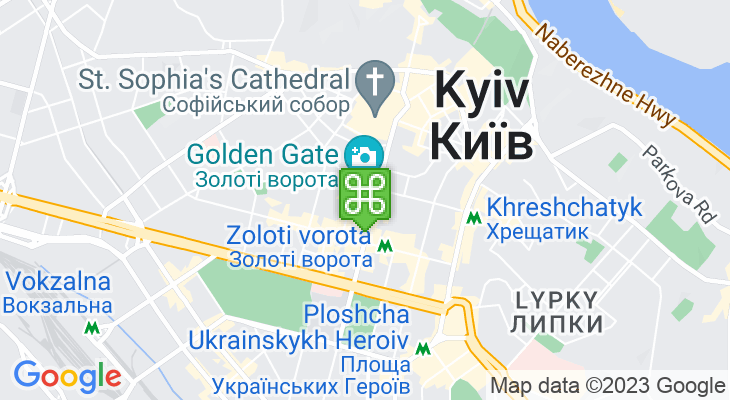 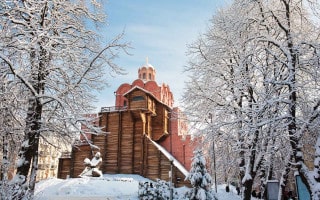 Replica of the 11th century entrance to the city. 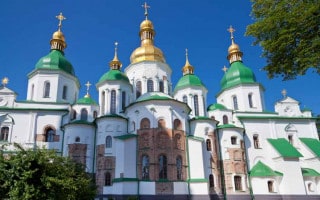