In general, Kiev is as safe as most Western European countries. Organized crime does exist, but unless you’re coming to Kiev to open a chain of casinos the mafias are extremely unlikely to take an interest in you.

Acts of mindless drunken violence such as those which commonly occur in British cities are rare. There are, however, reports of racist attacks on those of African and Middle Eastern appearance.

Under Ukrainian law you are supposed to carry your passport with you at all times. Although the police in Kiev are no angels, they don’t, unlike their counterparts in Moscow, routinely pester foreigners for documents and bribes.

We have never been stopped in the street by the police and very rarely see others being stopped and having their documents checked. We personally consider it much better to leave our passports in a safe place than to routinely carry it in person and risk losing them. Having said that, official guidance from both the US and British embassies states that visitors should carry their passports with them at all times and keep copies in case of loss or theft.

The traffic police (DAI) are a different story. They are notoriously corrupt, though you should only come into contact with them if you are driving. They routinely stop vehicles to solicit bribes.

The officers are usually quite polite. If you have committed an offence they will usually give you the option of going down the official route or paying a bribe and going on your way. Paying the bribe is cheaper than the official fine and less hassle.

Many drivers would argue that this is a better system, particularly those from countries such as the UK where fines are heavy and issued automatically. The families of those killed in Ukraine by drunk or dangerous drivers would disagree. It is completely possible in Ukraine to bribe the police and avoid a drink driving or other serious motoring conviction.

In our personal experience we have never been asked to pay a bribe when no traffic offence has been committed.

Street scams are frequently reported by other websites and government agencies as being fairly commonplace in Kiev.

We personally doubt whether they are as widespread as made out. In over 10 years of visiting and living in Kiev we have never been the victims of a street scam and have never met anybody who has actually fallen prey to such a crime. We strongly suspect that the risk is blown out of proportion by other websites regurgitating content from elsewhere to fill their pages and appear authoritative.

Find out how far your money will go in Ukraine. Click here for the latest exchange rates.

The most common scam quoted is the wallet scam. Supposedly the scammer walks ahead of the tourist and drops his wallet. The tourist, being good-natured of course, picks up the wallet and returns it to the scammer. The scammer appears grateful but, after counting the money in his wallet, announces that some of his cash as missing. A bogus policeman then appears and demands to see the tourist’s wallet. At some point during the inspection he secretly pockets some cash, before handing it back and informing the tourist he is innocent and can go on his way.

We’re not saying it has never happened. But quite frankly, the idea of large numbers of fake police frequenting Kiev’s tourist hotspots is preposterous. Anybody that has actually visited the city will know that there are far too many real police in such places. Ukrainian police aren’t perfect but certainly wouldn’t tolerate bogus police operating on their patch.

Marriage and dating scams are quite relatively common. Many foreign men are tempted to Kiev by the prospect of a relationship with a young and beautiful Ukrainian woman. In most cases these so-called relationships usually begin online, through a dating agency website or social network.

Although some of these women are genuinely looking for love, many are simply professional daters exploiting the desperation and generosity of these foreigners.

The scams can start before the foreigner even arrives in the city. The woman will come up a sob story about a sick child, dying mother, or how she needs money for a visa and plane ticket to visit her new love.

More often than not though, these women will wait until the foreign man is in Ukraine and is most susceptible to their charms. Shopping extravaganzas and visits to expensive restaurants are the usual methods of extracting cash. When we venture into Kiev in the afternoon we’ll inevitably see at least one aging foreigner being dragged around the city’s boutiques by a beautiful young girl and their ‘interpreter’.

Taxi scams are also common but can easily be avoided. Book a taxi by phone or use an online ordering service and you should be given a price.

Most difficulties arise when you catch a taxi in the street and don’t determine a price beforehand. Many taxi drivers will attempt to charge you an exorbitant fee, only revealed at the end of the journey. If you really have to get a taxi from the street, always agree a price before getting in the vehicle and you shouldn’t have any problems.

Many visitors to Kiev will never notice how bad the country’s roads are. The road from Boryspil Airport to Kiev is in pretty good shape, as are most of those in the city centre.

Outside of the capital most roads are in an appalling state. Reckless and poor driving is the norm. Ukrainian drivers commonly use the sidewalk as an extra lane or car park At the time of writing (July 2014) the most recent credible data we can find shows that the roads in Ukraine are amongst the most dangerous in Europe..

Statistics for 2010 compiled by the World Health Organisation show that the road traffic death rate in Ukraine is 13.5 per 100,000 people. Only a handful of European countries (such as Russia, Armenia, Bosnia, Moldova, and Belarus) have higher rates. The rate for the UK was 3.7 per 100,000 people.

In our opinion, renting a vehicle in Ukraine or driving your own simply isn’t worth the danger or the hassle. In Kiev the Metro system will take you to most places worth visiting. Taxis are cheap provided you stick to the guidelines noted above. If you are travelling to another city or town take the train or bus. 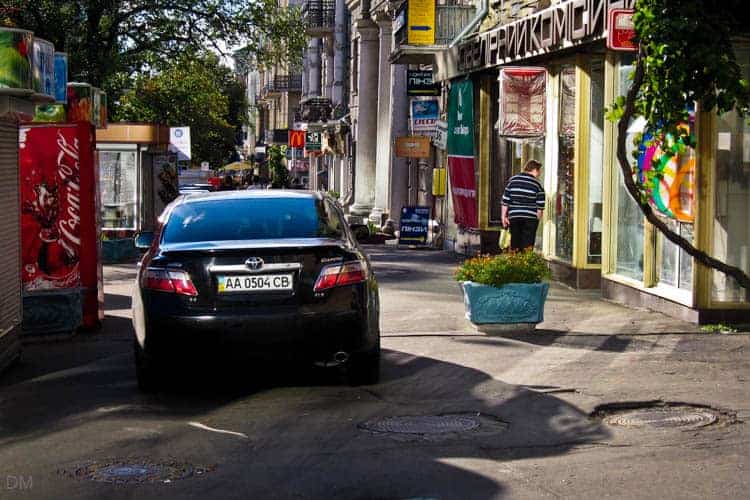 It is not safe to drink water from the tap. Our advice is to follow the locals and drink bottled water, and filter and boil tap water for cooking. Tap water is fine for washing and brushing your teeth.

Prostitution, although often discreet, is common in hotel lobbies and bars.

According to a UNAids report issued in 2012 around 230,000 people in Ukraine are living with HIV. This represents around 0.8 percent of the population, the highest rate in Europe.

Other Dangers and Annoyances 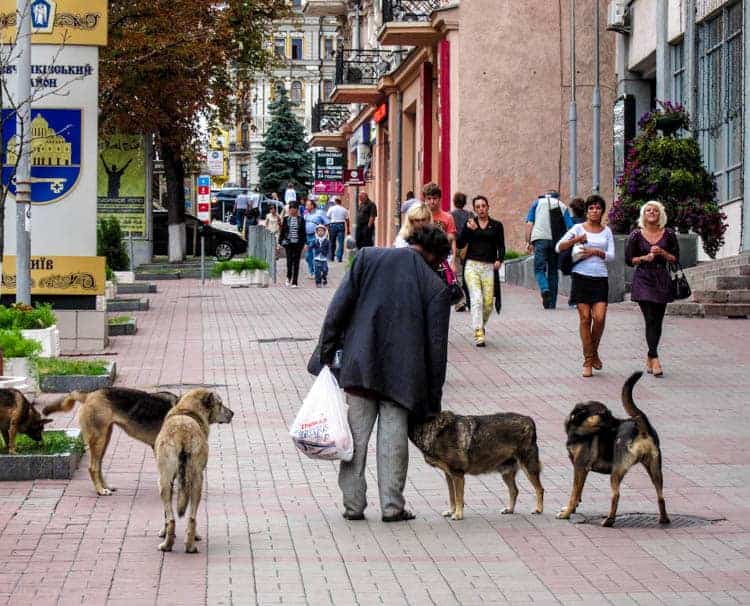 In 1941 the Nazis massacred 34,000 Jews at Babi Yar. Today several memorials stand to these and other groups that met their fate here.