Kiev Train Station is situated reasonably close to the city centre. It comprises two stations (Central and Southern); one on each side of the tracks, linked by a bridge.

The official name of the station is Kiev Passenger Railway Station (Київ-Пасажирський – Kyiv-Pasazhyrskyi). When booking tickets online you’ll often need to choose Kyiv-Pas (or Kiev-Pas) to select this station.

Go to the station by taking the Metro to Vokzalna Metro Station and you’ll arrive at the older Central Station (Центральний Вокзал – Tsentralnyy Vokzal). The more modern Southern Station (Південний Вокзал – Pivdennyy Vokzal) is recognisable by its striking glass facade.

Trains leave for towns and cities throughout Ukraine plus international destinations such as Moscow, Chisinau, Warsaw, and Bucharest.

Electronic information boards are located throughout the station. They display the complete timetable of services (in English). When a train is due to depart, the platform number is indicated on the screen.

Outside the Central Station entrance there are numerous small food outlets, plus McDonald’s and McFoxy restaurants.

Across the road from the Southern Station entrance there’s a large KFC and a branch of Puzata Hata (Ukrainian self-service restaurant).

Tickets can be purchased here but many find the Central Ticket Office near Universytet Metro Station more convenient.

The Sky Bus offers a regular service between the train station and Boryspil International Airport. It stops outside the Southern Station entrance.

Taxis run from both entrances but many drivers here take advantage of foreigners. Ensure you agree a price before getting in the vehicle. If you don’t have much luggage, it may be better to use the Metro.

Kiev Railway Museum is located on platform 14 of the station. It is home to a collection of locomotives, rolling stock and passenger carriages. Some can be seen from the inside. It’s a good place to spend an hour or so while waiting for your train. Admission is very cheap. 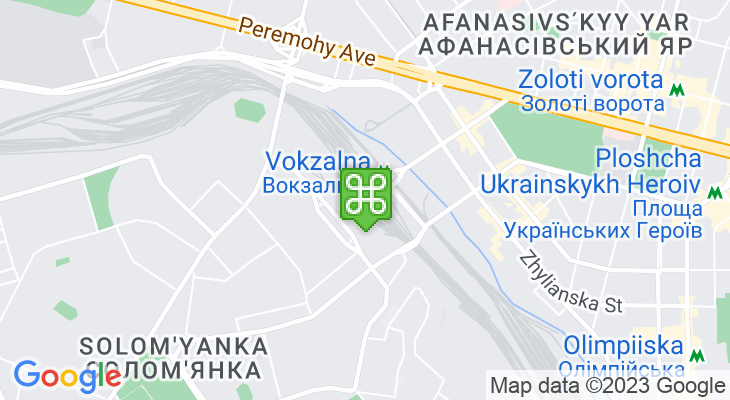 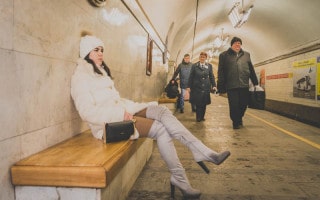