The Central Bus Station is a major bus station in Kiev. Many buses between Kiev and other Ukrainian cities use this station. It is also used by international buses.

The building and surrounding neighbourhood are rather grim and frequented by shady characters. Many have an uncanny ability to ascertain you are not Ukrainian before even speaking to you.

They genuinely may be interested in which country you are from and which football team you support, but somehow we doubt it. We’d advise keeping a close eye on your possessions while in this area.

Facilities at the station include ticket offices of major bus companies (Gunsel, Ecolines etc.), a cafe and several small food outlets, toilets, and an ATM. There’s a McDonald’s restaurant at the rear of the station.

Click here to see the latest weather forecast for Kiev

Electronic information boards give bus arrival and departure times, together with the relevant stand. The information is written in Ukrainian only (Cyrillic characters). Familiarise yourself with the Ukrainian name of your destination before travelling so you can quickly find the correct bus stand.

The station is often referred to on bus tickets and travel websites as Київ Ав (Kyiv AV or Kyiv Avtovokzal).

Exit the Metro station on the eastern side and you will see the Vernadsky National Library of Ukraine. Take the path down the hill, and then the underpass, to reach the bus station. 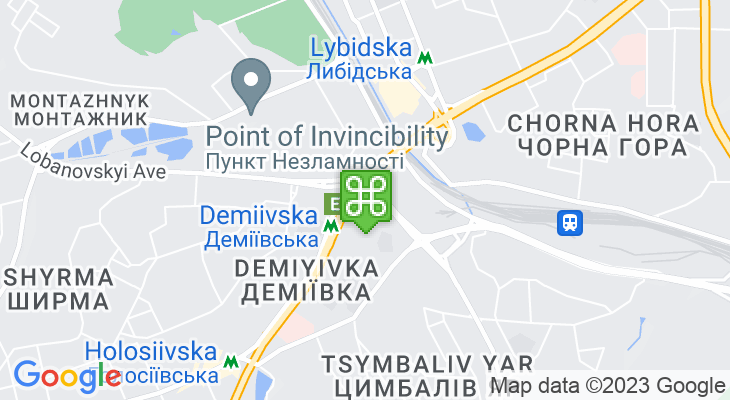 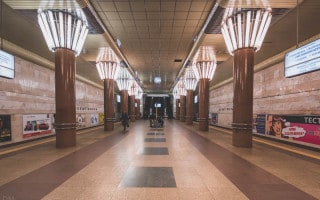 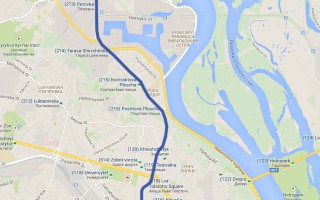